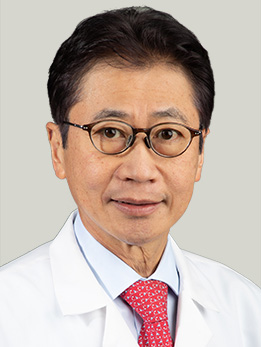 UChicago Faculty Physicians hold faculty positions with the University of Chicago and provide care for patients on the academic health system’s main campus in Hyde Park and in care centers throughout the Chicago region.

James K. Liao, MD, is an expert in the diagnosis and treatment of cardiac diseases, including atherosclerosis (a build up of fatty deposits in artery walls), peripheral vascular disease (hardening/narrowing of the arteries), dyslipidemia (high blood cholesterol), and cerebrovascular disease. He specializes in non-invasive cardiology, using genetic and novel clinical markers and advanced imaging techniques to diagnose diseases of the heart and vascular system.

An active researcher, Dr. Liao's work examines the role of lipid-lowering medications in ischemic stroke, coronary artery disease, and heart failure. In particular, he focuses on identifying novel signaling pathways that control vascular function in both normal and diseased states. He has served as the primary investigator in numerous basic and clinical studies, working to translate his findings from the laboratory to patient care. His research has been funded by the National Institutes of Health (NIH) and the American Heart Association (AHA).

Dr. Liao has made significant contributions to medical literature, publishing more than 125 original articles in scientific journals, including Nature, Science, Nature Medicine, Journal of Clinical Investigation and Circulation. He is an Established Investigator of the American Heart Association and has served on editorial boards of prominent journals. He is recognized as an elected member of the American Society for Clinical Investigation (ASCI) and the Association of American Physicians (AAP).

As a mentor, Dr. Liao has trained more than 60 research fellows, many of whom have won or were finalists for the prestigious American Heart Association and the American College of Cardiology Young Investigator Awards. Additionally, he is frequently invited to give lectures on the management of dyslipidemia, vascular disease and ischemic stroke at national and international conferences.

Dr. Liao is consistently listed among the Top Physicians by "Who's Who in American Doctors."

We now offer video visits, so you can see a doctor from your mobile device or computer.

To Request an Appointment

To Refer a Patient